for 40 years looking to the future

I started my activity as an MPE system engineer on the HP3000 minicomputers in 1977. In an era dominated by batch processing, we already provided online remote services, which we would now call cloud, using terminals connected via modem. In the same years I started working on the early CP/M personal computers, such as Intertek Superbrain QD, on which I developed a system of integration with the HP proprietary world, to use them as a remote data-entry offline, connected by switched telephone line.

At the end of the 70s I started to develop structural engineering software, as well porting of university software (such as Stress and SAP solvers, released by University of Berkeley) in Fortran/3000. With two friends of mine, both civil engineer, we founded “Energy and Land Planning Research Group”, which for six years has successfully operated in at that times pioneering fields of renewable energy and energy saving. 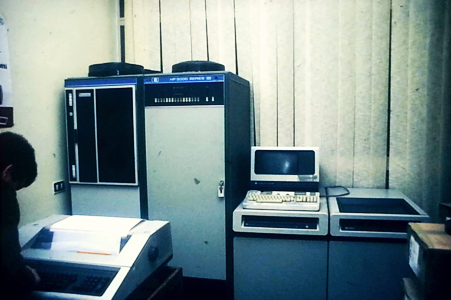 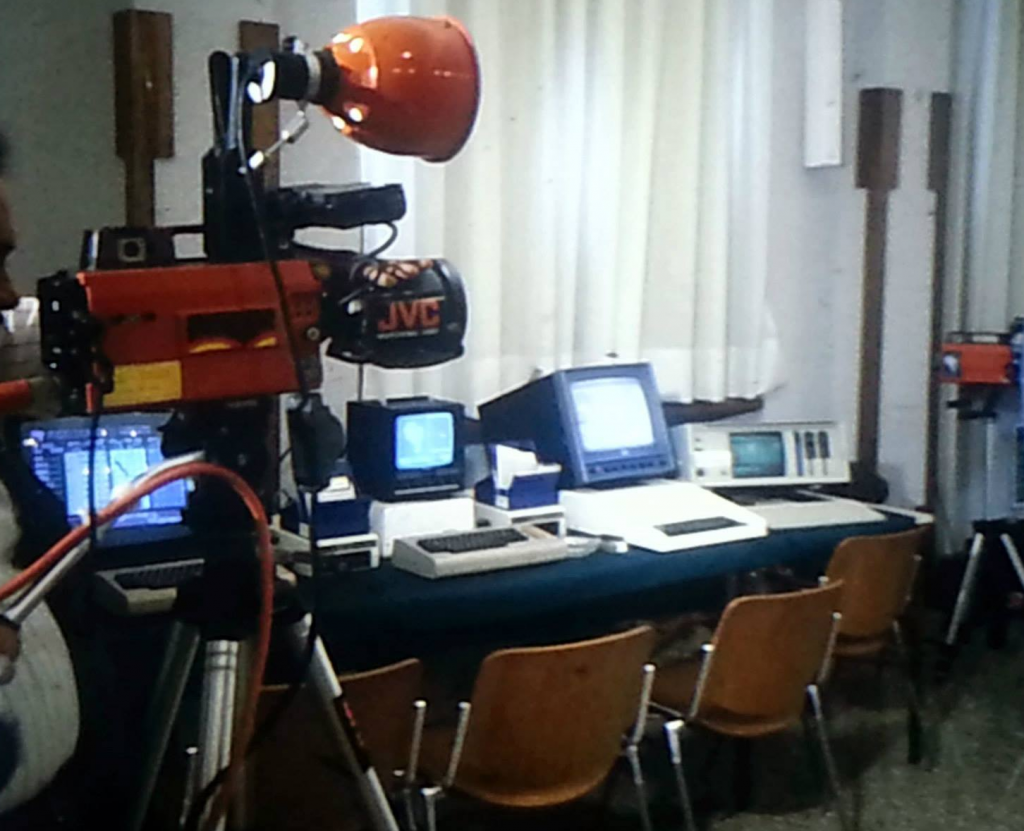 At the turn of the 80s I worked for just over a year for a bank, maintaining Cobol applications on Honeywell and NCR systems. It was a quiet activity, but objectively uninspiring. So I chose to orient myself on a path that was certainly less rewarding under the salary aspect, but enormously more interesting under the cognitive one, facing many challenges, in the most varied environments. I will mention just a few of the more interesting ones, since it would be long and useless to list them all.

From 1980 to 1987 I developed systems for the presentation of polling data and poll predictions for an inter-regional broadcaster. It was a vein born a bit by chance, in an era when accounting were totallu manual, during the national polls in 1979. It is a very complex job, especially if you are low on budget. It also presented major technical challenges, such as – for example – the generation of videography in a format compatible with PAL television broadcasts, which in those years required the use of very expensive dedicated cards. But also operational problems, related to the correct management of a large mass of data, concentrated in a very short time, to be processed for airing in almost immediate times. Challenge won using perhaps not very elegant solutions – such as the use of home computers for PAL rendering ‘cleaned up’ by a time base corrector – but effective from a functional point of view. Even today I continue to be interested by analysis of the electoral results, analyzed – when possible – even geospatially.

In 1985 I brought the first Fidonet node to Italy. Fidonet has been the first freely accessible global telecommunications network. At the time in Europe there were just a dozen nodes, localized between Holland and England. Italy had been the third European nation to join the network. Fidonet tecnologies allowed to individual Bulletin Board System (BBS), public telematic systems accessible via modem, to exchanhe and share messages. At the beginning we could only handle point-to-point emails (called matrix), but after a while the so-called ecomail was born, which let us to share thematic message areas – newsletters ante litteram – completely comparable from a methodological point of view to current social networks. This made the network literally to explode within a few years, reaching its peak of 20,000 knots. I had been the national coordinator of the Italian network from its birth, until the early 90s. Fidonet was the first entity to promote the dissemination of free and open-source software. 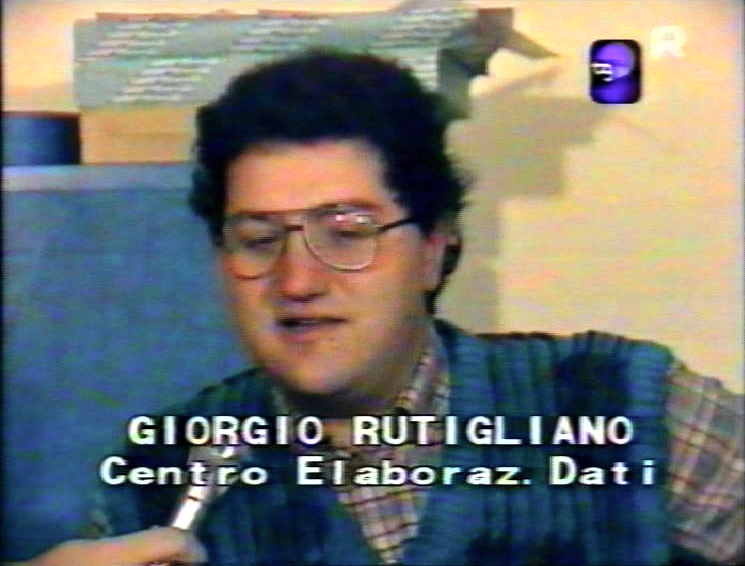 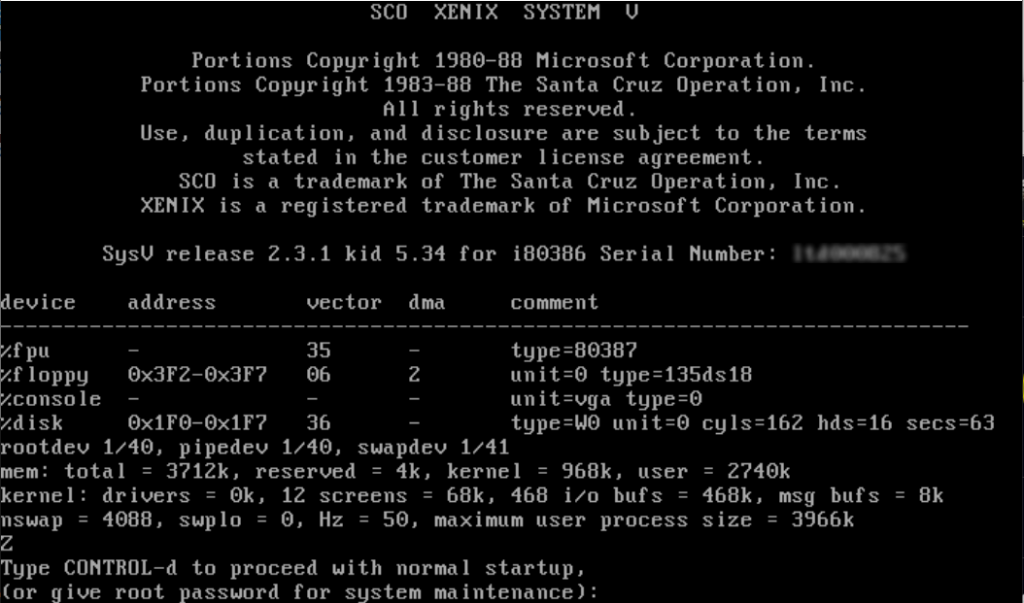 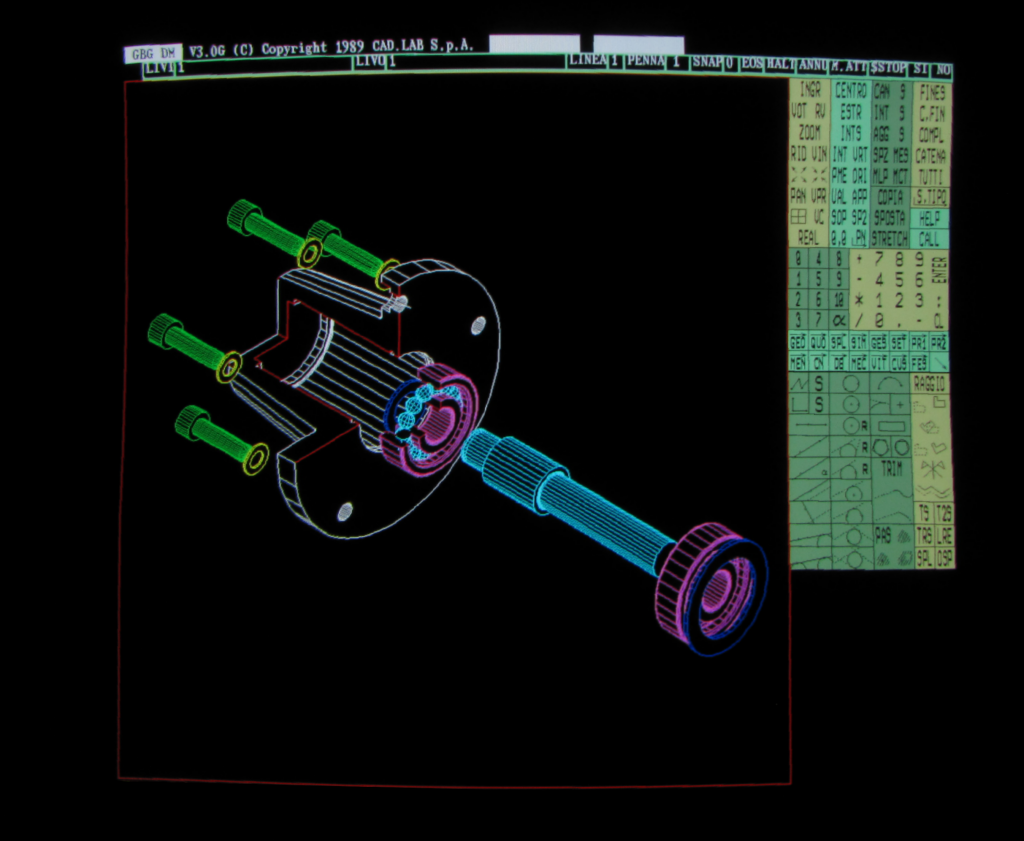 More or less at the same time I started to shift my activity from the HP3000 world to the rising star – Unix – working both on PCs (under Xenix), and on computers based on more elaborate architectures, mainly Siemens-Nixdorf (Sinix) and Digital Equipment Corporation (Ultrix). The former were intended for more strictly accounting and management applications, developed in Cobol, while the latter were more oriented to scientific computing and networking. In those years I gained experience in CAD both with GBG Draftmaker of Italian CadLab (based in Bologna) on DEC workstation, and with Autodesk Autocad (on PC platform), for which I was certified.

My first experiences in networking are dated mid-80s, I started using pre-ethernet technology (ArcNet, Token Ring) and Novell Netware. At the samt time I was starting experimentations of TCP/IP networking, carried out using amateur radio technologies. In those years, when the era of the internet could be just a dream, radio amateurs widely were testing this new technology using 1200bps packet radio. My main node, i8zse.ampr.org had IP address 44.134.80.11.

In the 90s my job led me to focus more on the accounting and management, moving from the old Cobol procedures with ISAM archives, to the new solutions based on SQL relational databases – Watcom SQL first, Sybase SQL later – and transitioning at the same time toward more modern languages. Evolving, at the same time, from the simple applications to more integrated and pervasive solutions that comes from Enterprise Resource Planning. This has allowed me to develop a wealth of experience not strictly informatic, but also focused on business dynamics – since the deployment of this kind of solution requires a very close integration with management staff.

In the same years I followed with great interest the growth of Linux, which has been since from the beginning a promising alternative to the proprietary versions of Unix that I had been using for years, but which were all fairly expensive. I have linux machines in my laboratory since 1995, and it has quickly assumed a prominent role in my business. Over time I have evolved my reference distro. From the initial Red Hat I then moved to Centos first, then to Debian, and then landed on Devuan after the flood of Systemd – a blob of which I gladly do without whenever I can. At the same time I also use unix-like platforms, such as FreeBSD.

At the end of 1996, after some years of passive presence, I landed actively over the Interet with my first domain. In that years my coutry suffered from a widespread and deep digital divide, and for my first server I choose an American location. That first timid presence has rapidly consolidated, and today is one of the main assets of my business. From the beginnings I have been always focused on the exploration of new technologies. An example? In the spring of 1997 I developed the technological infrastructure for a radio program, very peculiar fot that era: it was made by an editorial staff distributed all over Italy, digitally edited and distributed using Intenet tecnologies. It was possible to listen to radio in real audio. Media distribution, as well public website, were all software generated.

New millenium brought us broadband connectivity, and networking started to gain a significant role in my activity, in all aspects. It is an activity that well integrates with system administration of Linux/BSD computers, and that allows me to provide a 360 degree service. This has allowed me to develop expertise both in the infrastructural field(local networks, VPN) as in application server areas: it is part of my daily activity manage web servers (Apache and Nginx), e-mail servers (Postfix, Exim, Dovecot, and accessories), VOIP systems (asterisk), FTP servers and so on. I also do extensive use of virtualization systems, first with Xen, then with VmWare and Kvm. Soon I began to manage and assist remote systems, once that a good connectivty was available.

In recent years, the activity has focused on this area. For some years now I have been providing data protection services – the notorious backup – both local and remote. I do development of vertical solutions, both local and web-based. I offer consulting services to get the maximum benefit from digitalization processes, as well as for problem-solving on digital systems. 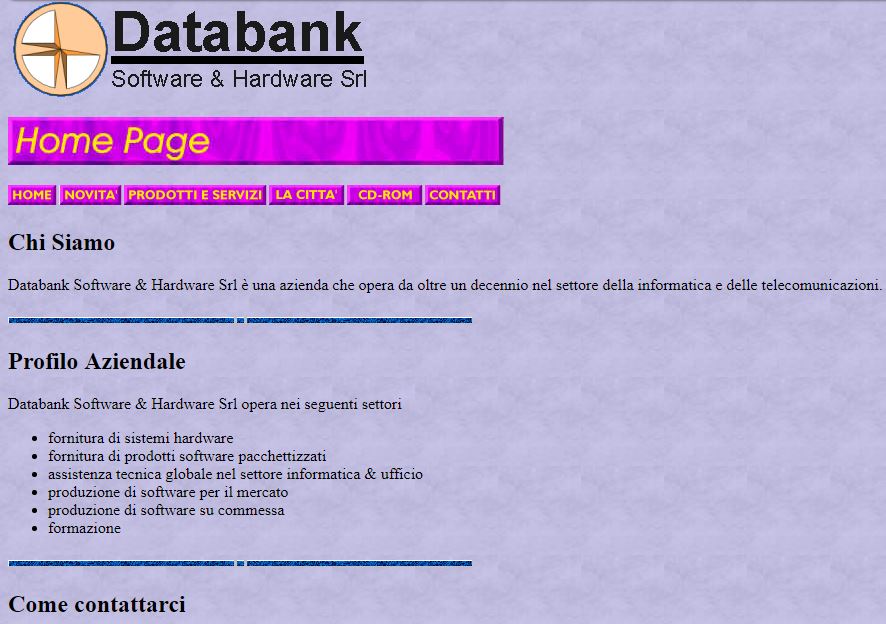 I have always invested a substantial part of my time in study, research and development. Information technology is one of the many disciplines that impose a constant commitment in terms of study. I have from mine the good that it is something that continues to thrill me as the very first day. It is therefore a pleasure for me to test emerging technologies in my laboratory, satisfying my innate curiosity. 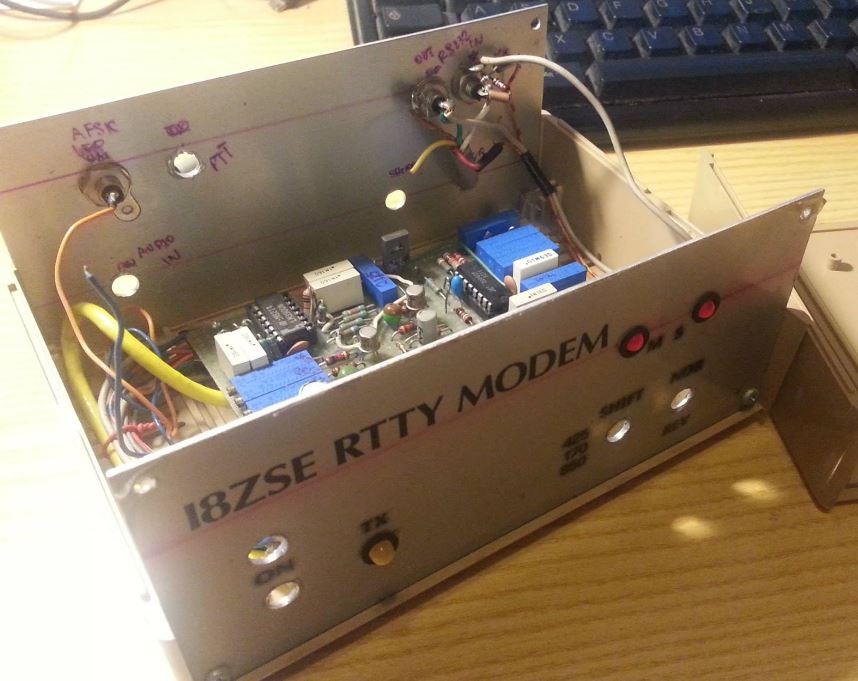 I have many other interests besides my professional one.

Since 1974 I am a licended radio amateur operator with the callsign I8ZSE. I was the founder of the ARI section of Potenza and a member of the association from 1972 to 2017. I strongly believe in ham spirit, as well in the social value of radio amateur activity. I have held various assignments in the associative field, and I have been regional manager of the Radioamatori Emergency Group at the time of the earthquake of Basilicata and Irpinia, actively working for the emergency activities. As many radio amateurs, I design and build some of my radio equipments

I have always been an amateur photographer, I first explored the world of chemical photography exhaustively – both on the shooting front and for the darkroom activities, in b/w and color, then moving on to the digital one. Some of my photos can be found on flickr.

I have other amateur activities, largely related to scientific areas, such as astronomy (and radio-astronomy) and meteorology. For more than a decade I managed the only weather station, built under WMO prescriptions, in the Potenza area.

I like to write about technical topics, and I have two blogs: il tecnico informatico e note diacroniche.

They are, as it is perhaps easy to predict, a fan of retro computing, mainly focused on software and operating systems.